One of the most interesting aspects of revisiting these places one year on is discovering whether history has repeated itself. As you’ll no doubt recall, this location was formerly the fondly-remembered Homestead Golden Fried Chicken and later KFC, until an outbreak of stupidity and negligence caused its closure. Oh, you need a refresher? Hope you haven’t just eaten: 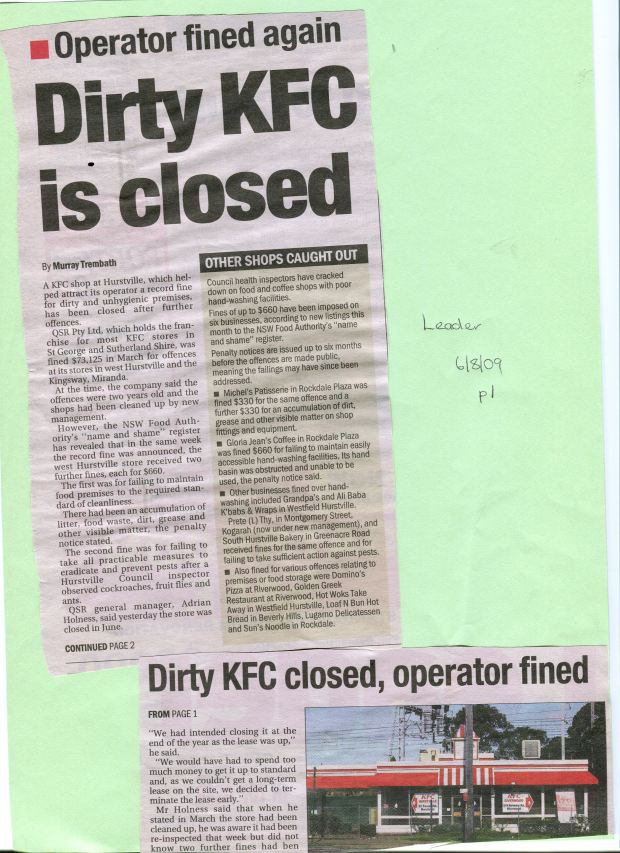 Alas, one won’t be hiring anything anymore at this husk. Hire One was apparently absorbed into the Kennards empire, the coffers of which were deep enough to break the lease and free up the site for a potential Homestead comeback. Or perhaps given the sordid history of the site, a Hartee’s comeback is more likely.

Allied with the powerful Captain Hindsight, Cerno agent Donovan Moodie wisely buried ‘restaurant’ deep within the list of potential usages. Note that first part: “Previously successful Hire One plant hire business”. No mention of the hapless KFC, which is probably the building’s longest tenant (and certainly the least hygienic). 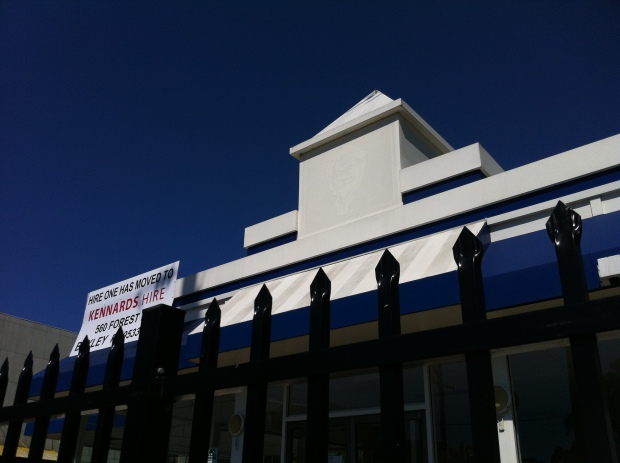 But there’s no need to mention it; the eerie visage of the Colonel hangs over the place like a bespectacled ghost. Look closely and you can still see him smiling, just as he did after each Hire One customer walked out with their temporary cement mixers. I hope you washed your hands…

It’s hard to tell, but the above picture is the only photograph I could find of West Hurstville’s Homestead Chicken restaurant on the corner of Forest Road and Gloucester Road.

WATERMARKED UPDATE: Thanks to readers Chris and Jade, a photo of Hurstville Homestead in its glory days has been located via Hurstville Library! And you know what that means…watermarks. Enjoy:

Homestead sold a variety of KFC-esque chicken products, and had a number of locations around south Sydney. This one seems to have been custom built in 1986 (it does not appear in a 1985 overhead photo), closed around 1990, and was replaced and refitted by…

The Kentucky Fried Chicken (are we still calling it that?) stood here until 2009, when this happened. The problems must have been bad enough to dissuade all potential buyers hoping to use the site as a restaurant, which brings us to today.

This must be Sydney’s third equpiment hire place with drive thru facilities, after the Kennards at Padstow and Complete Hire at Canterbury. Homestead Chicken was unique for its particularly odd drive thru mechanism, which is still in place:

This served as a kind of dumbwaiter, with the customer putting their payment in a tray that was then lifted up and into the restaurant. The food would be delivered the same way. Perhaps ironically, this relatively hands-free system was intended to be more hygienic.

Update: I revisit the old Homestead one year later!