When Sydney began to run out of fresh water in 1850, having abused both the Tank Stream and Busby’s Bore in Centennial Park, consideration was given to where a new supply would come from. It took four thirsty years to decide upon a plan to build a series of dams leading to a pumping station out near Botany (beside the site of Sydney Airport). Water was pumped from the Botany site to two city reservoirs: one in Crown Street and one in Paddington. 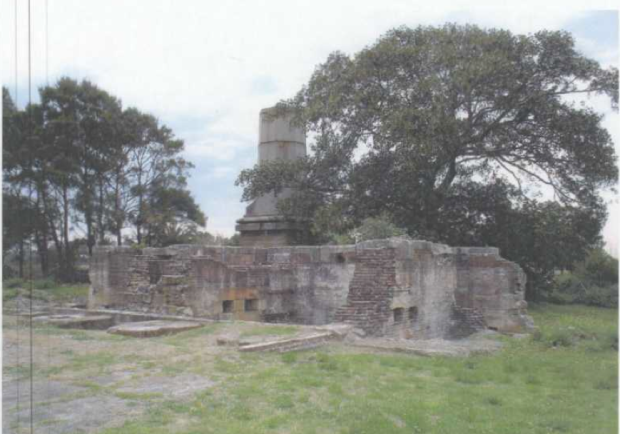 The scheme didn’t really work out, and water again ran dry by 1862. This new crisis led to the creation of the Upper Nepean Scheme, which is still providing us with fresh water today.  The Botany Station kept pumping, topping up shortages until 1893. 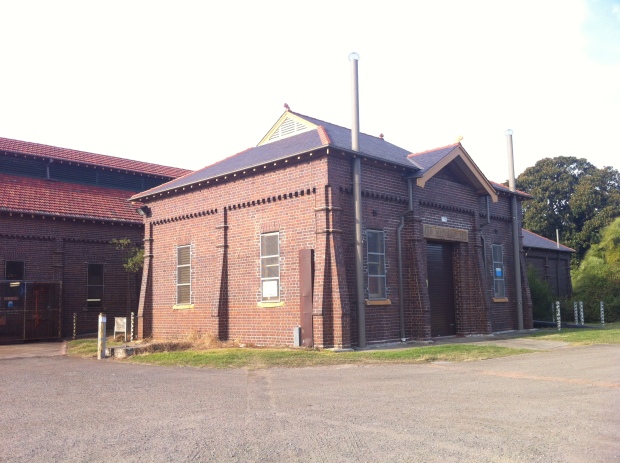 The great minds at the top weren’t finished with the Botany site, however. In the 1870s it became ground zero for the Botany-Rockdale Sewage Farm, Sydney’s earliest attempt at purifying human waste products in the hope of beating the repulsive sounding sanitary problems of the era. A farm was created using human waste as fertiliser, and while the crops were successful, there just weren’t enough of them to sustain operating costs. That, and this monstrosity was right next to a fresh water supply. The farm was closed in 1916 and deemed a failure, but as they say, shit happens.

All physical evidence of the farm was destroyed or removed. Unbelievably, it was decided that a better solution was to just pump all the sewage out into the ocean near Long Bay, and the current buildings here were built for that purpose. Even more unbelievable is that in this day and age, this system (known as SWSOOS, or Southern and Western Suburbs Ocean Outfall Sewer System) is still deemed the best way, because it’s still happening. This one in particular services the Cooks River Estuary and the Ascot Racecourse (now Mascot Airport). So much cement was required for this project that Australia’s first steam powered concrete mixer was imported for the job. Wow. 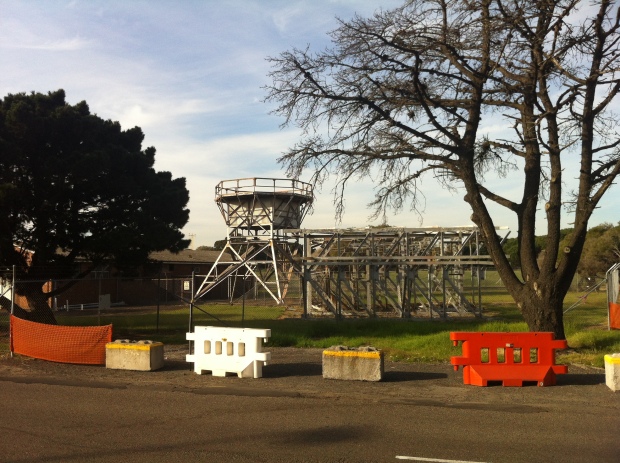 It’s a quick yet perilous walk from the McDonald’s (a sewage farm of another kind) on General Holmes Drive to the scene of the action, and your first port of call is this. I had the eerie feeling I was being watched as I approached, and not by the Federal Police.

When I reached the site I was greeted by some friendly bunny rabbits, who have taken up residence in this…that. Whatever that is. The bunnies appeared to be doing their best to make sure the site was still well fertilised. Some things never change.