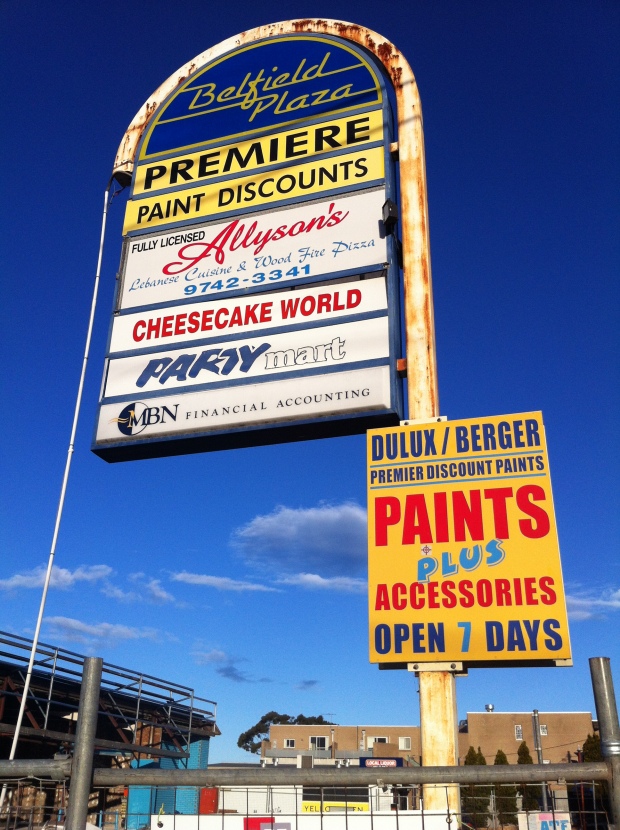 According to the Canterbury Council website, the small suburb of Belfield (previously visited here, here and here) “experienced a small increase in population between 1996-2001 due to new dwellings being added”. I’m guessing that population increases are like blog hits to local council, because they’ve given the go-ahead to plenty more dwellings and sacrificed one of Belfield’s most iconic structures in the process.

It may not look like much, but this is Belfield Plaza. It replaced a BP petrol station (extant only through the site’s driveways) but kept the initials. The servo itself replaced a series of houses, and the cycle gives a great insight into the changing needs of society over the last century or so. I’m not entirely sure when the plaza was built, but if I had to guess I’d say mid 80s.

Shopping arcades are a mixed bag for kids. If there’s not a newsagent (for cards and comics), a milk bar (for junk food, video games and ice cream) or even a mixed business (for the best of both worlds), there’ll be tears before bedtime. My grandparents lived in Belfield, so I spent a lot of time here as a kid, and I can honestly say that Belfield Plaza’s offerings didn’t interest me one bit…until the video shop moved in. Time for an anecdote…

This video shop (the suburb’s third!) was an independent one, and for a kid it seemed huge. It was how (along with granny’s membership card) I was able to discover favourites like Aliens, Batman and, memorably, The Terminator (I’m a dude – deal with it). I’d seen T2 on TV and was keen to see the original, so I barreled into the video shop and asked the guy, “Do you have Terminator?”

He stared back, blankly. “Schwarzenegger?” he replied.

It was my turn to stare blankly. What other Terminator was there? “Terminator…” I repeated, suddenly unsure if I’d gotten the title correct.

“Schwarzenegger…?” he asked, experiencing the same dilemma. “Hadoken!” yelled the nearby Super Street Fighter II machine, breaking the awkward silence of the standoff. It seemed to break his trance, too. “Action’s up the back.” I ran towards the back of the shop as he called out “Excellent film, too,” as if going for the hard sell was necessary. Thanks, video shop guy. If you ever read this, know you did some good in this world.

The video shop moved out around 1996 and was replaced with a paint store. Who makes these decisions? As with the rest of Belfield, the plaza continued to decline throughout the 90s and into the 2000s, where it felt like a relic. Belfield Plaza’s one success story was Mancini’s, a wood fire pizza restaurant which moved from the plaza to the adjacent corner of Downes Street, itself a former video shop. Mancini’s now has the ultimate vantage point from which to watch as the plaza which nurtured it through the tough early days is pulled down and replaced by a generic retail/residential combo.

Yes, I realise that once upon a time someone might have felt the same way about the BP as I do about B. P., and that these were considered generic once upon a time. But Belfield Plaza, and in particular that video shop, I’ll never forget. The hours drained playing Street Fighter, the many movies discovered and rehired over and over, the woodfired pizzas on a Saturday evening after a day in the pool…it all happened here, and now it can never happen again. 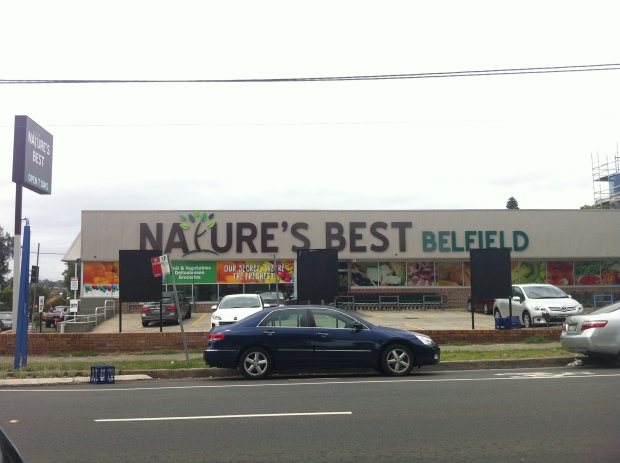 From Belfield’s worst to Nature’s Best. I wonder if Belfieldians are starting to wish it had just stayed a BP?