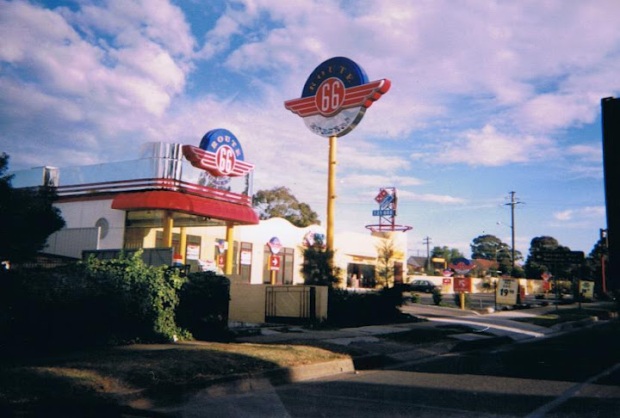 Let’s go back to the early 1990s, when someone had a bright idea: ‘How about a series of 50s-style Americana-filled burger restaurants…in Sydney!’ If that sounds stupid, that’s because it is. Hungry Jacks had been trying for years to evoke thatHappy Days flavour, but it just wasn’t washing with the Whopper-eating public. HJ has quietly phased out the Americana over the last ten years, but it’s not uncommon to walk in and find pictures of Elvis and Marilyn adorning the walls, a jukebox in the corner and fries so stale they could only be from 1958. The mastermind behind Route 66 had clearly decided that HJ wasn’t going far enough, and launched the above restaurant at Revesby around 1994. It wasn’t some Mickey Mouse venture, either – there were TV ads imploring hungry viewers to ‘get their kicks’. Within the impressively chromed exterior, girls in miniskirts served up grilled burgers, fries and shakes to patrons amid 50s tunes and checkered floors, while outside the owners hoped to recreate the burger joint atmosphere by providing plenty of parking and a drive-thru service. By all accounts the burgers weren’t bad, but one of the many mistakes the owners made was setting up shop across the road from an infinitely more accessible McDonald’s. Route 66 sits along Canterbury Road, with customers forced to enter and exit via the busy thoroughfare. The customers didn’t take long to work out that it was easier to get into the McDonald’s, and by 2000 the Route 66 dream was over. There were a few Route 66 locations beside this one, but I’m not sure whether they were all part of the same franchise or not. Prestons featured a notorious Route 66 for many years, where hoons really did congregate en masse, much to residents’ discontent. 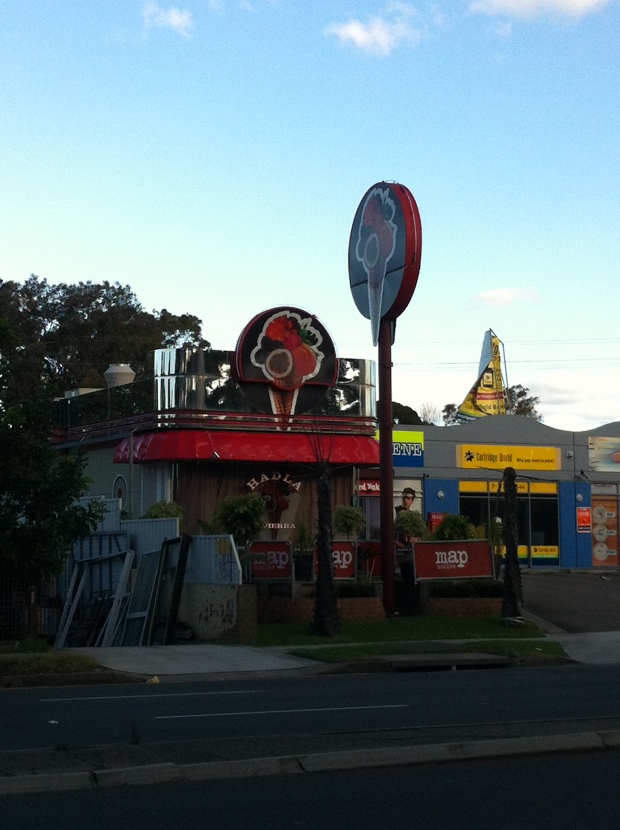 After Route 66 bit the dust, the site played host to a variety of Lebanese restaurants, all forced to wear the chrome. Today, the chrome is as shiny as ever outside Hadla Ice Confectionery. All of the post-Route 66 ventures to inhabit the place tried and failed to disguise the 50s decor (Hadla’s come the closest), but if you didn’t remember what it was, you probably wouldn’t question it. The only real evidence that Route 66 was ever here is the drive-thru… 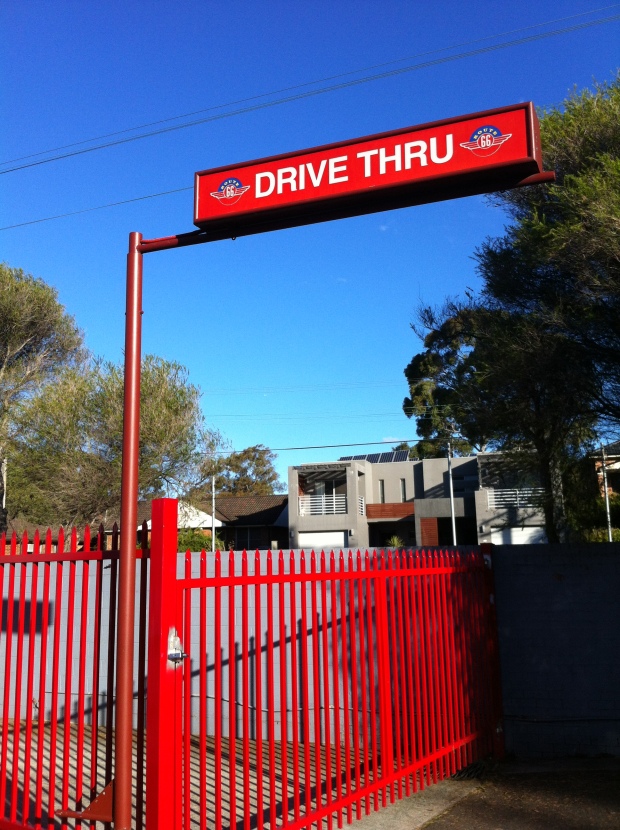 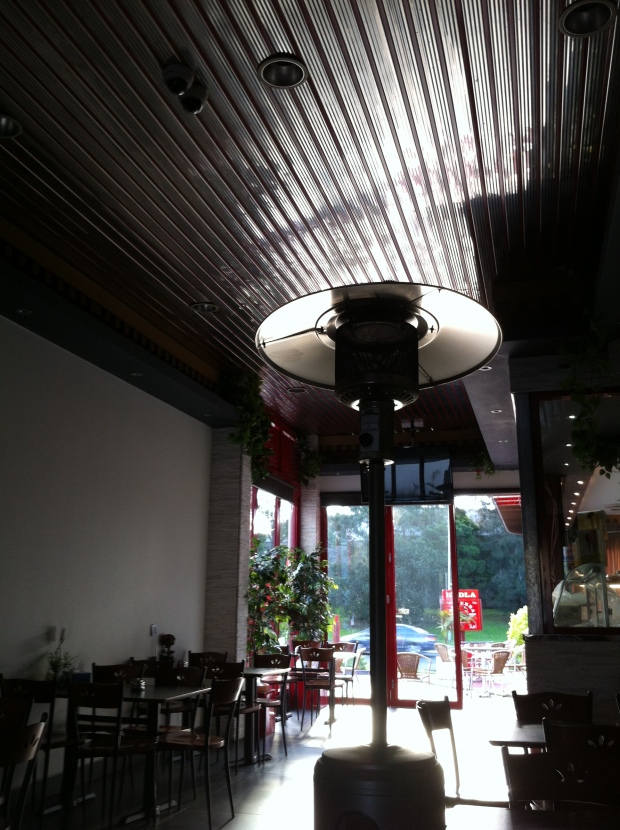 …which is now closed off, and has been cleverly converted into an outdoorish seating area for Hadla customers. It’s still chromed up to the max, and gives you a clear idea of what Route 66’s drive-thru customers must have endured in the restaurant’s tireless efforts to send you back to 1955 (maybe they should have had an 88mph speed limit for the drive-thru?). Seeing places like this always makes me wonder about the people who would have worked there – young girls and guys paying their way through uni or getting some extra cash to save up for a car while in high school. I wonder if they look back on their days at Route 66 fondly, or whether those few months or years have been wiped from the resume. I wonder what the owners are doing now, how they must have felt when the writing was on the wall, and if they ever drive past and think about the happy days. The quest to inspire nostalgia in others has become nostalgia in itself.

If you have any stories to share about this place, I’d be fascinated to hear them.