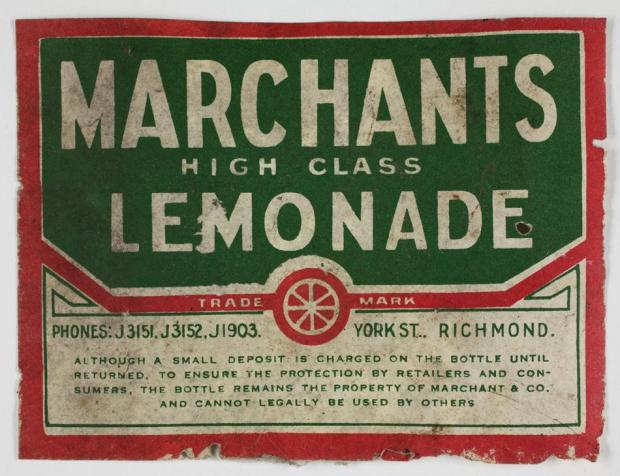 In 1886, British migrant George Marchant purchased a Brisbane ginger beer manufacturing plant. By 1890, Marchants was the largest soft drink business in Australia, with a product range including hop beer, soft drinks and cordial, and with plants in Brisbane, Melbourne, Adelaide, Newcastle and Sydney. Oh, and Bexley. 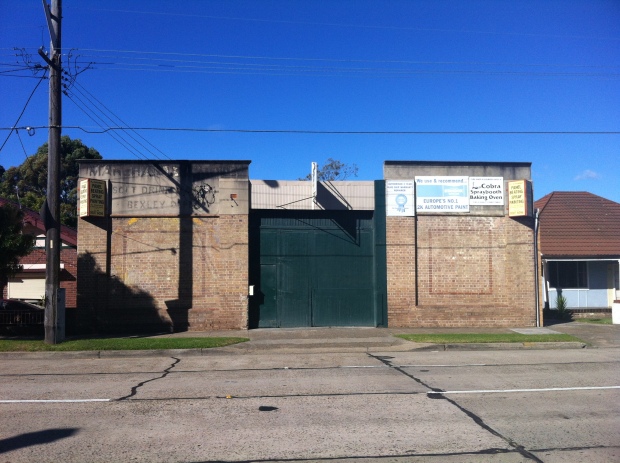 Let’s not beat around the bush – the building looks old. The Bexley depot of the Marchants soft drink empire may be a panel beater now, but it’s clear to see how it would have been back then. It looks like a horse and cart might explode from behind that door at any second in a frenzied rush to deliver kegs of creaming soda, just like in the olden days.

George Marchant was known for his strong belief in social equality, and women workers in his factories earned more than the average female wage in the food industry at the time. When the soft drink company’s registration was abandoned in 1917, the brand name was sold off and kicked around for decades between Pepsi, Shelleys, and ultimately Coca-Cola, which owns the brand today. Marchant himself died in 1941, by which time this site was long since out of the soft drink business. Hmm…I’m thirsty.