Another sad tale from the coast today, this time down south. In 1923, mechanic and motorcycle enthusiast Jim Shipp started a sales and repair business in Wollongong, and in 1949, his son Noel took over as owner. In these early days, dealerships were a huge part of the Shipp motorcycle empire, and Noel sponsored all sorts of club motorbike events and competitions. At some point there was probably a local TV ad featuring the man himself.

But as the years wore on, Shipp’s motorcyclery went the way of all enthusiast business ventures in the modern age. The customers dried up, the big dealers moved in, the internet made sourcing parts easier than ever. What was once a cutting edge mecca for all things motorbikes became that crusty, decaying hulk on Keira Street, itself reforged as a cul-de-sac to prevent noisy motorcycle traffic. Enthusiasm becomes eccentricity. Much like Gould’s or Comic Kingdom, when a business reaches the brink of obsolescence, all it can rely on as a drawcard is the individual experience and know-how of its staff. In Noel Shipp’s case, this was a pretty major asset.

Even after a spell of ill health and admittance to a nursing home later in life, Noel would still make his way into the shop to tinker around with the bikes brought in solely by enthusiasts. A much-loved and well regarded member of the community, Shipp passed away last September, and the shop has been boarded up ever since. Once the name finally rots away and the motorcycle signs are claimed by souvenir hunters, Noel Shipp will join Jim in the annals of the forgotten, and the shop will just be another brick box in the warehouse that Wollongong has become.

UPDATE: Or worse. The old Shipp place has met its end, making way for a new attempt to breathe life into this end of the ‘gong. 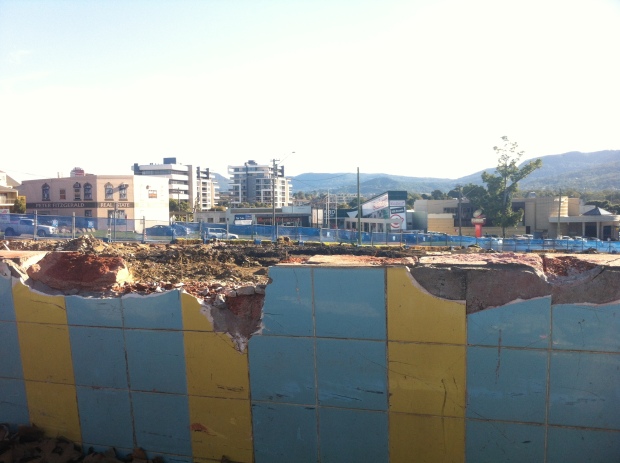