Before we launch ourselves into the top three flashbacks, here’s one that’s sure to make the top ten next year.

If you allow your mind to drift back to the heyday of American-style consumerism this country indulged in between 1970 and 1999, you’ll no doubt remember Tandy Electronics. Born in 1973 as a local subsidiary of an American parent company of the same name, Tandy’s cutting edge product line and futuristic promise found a niche market that didn’t even know it was there. By 1980, Tandy had expanded past its modest Rydalmere headquarters, sprouting up in shopping plazas, arcades and strip malls like this one all around the country.

As a 90s kid, there were no words fit to print with which to express the disappointment of entering a Tandy and expecting video games. It was an electronics shop, wasn’t it? I didn’t want to have to build my own IBM compatible (or CB radio, more likely given Tandy’s field of expertise). They were still kid-friendlier than Radio Shack, but hell, even Dick Smith at least had a SNES game or two.

The paradigm shifted with the arrival of Electronics Boutique in 1997 – an ‘electronics’ shop without the transistors, bulbs and sockets we found so off-putting. At the same time, the limits of home-made technology were becoming apparent as the advances of the tech world left Tandy choking on its dust. In 2001, Woolworths added Tandy to its family, which by then also included Dick Smith.

Sadly for Tandy, it was far too niche to receive a generic relaunching as a consumer electronics and electrical giant as did Dick Smith. By 2009, the Tandy brand was put out to pasture, suddenly the perfect example of an “Oh, where’s that shop gone? I’m sure it was over in this corner…oh well.” moment. The final nail in the coffin was the closure of the tandy.com.au website (it redirects to the Dick Smith site). It’s almost biblical: the final betrayal for Tandy came from the realm of technology itself.

All that remains today are examples like the above. Hair of Istanblue can probably thank Tandy for its awesome homemade security system, or its radio that competes with the permanent-part time apprentice hairdresser for the coveted title of ‘loudest in the room’ on any given business day…but it’s likely these technological legacies go unnoticed.

Not so the old sign outside, the 80s ‘hi tech’ font of which catches the eye much better than the weirdly-incomplete Istanblue awning. But beware its siren call, tech-heads – you won’t find DIY lie detector kits and oscilloscopes here. C’mon, even the defunct Tandy website had to have been better than Hair of Istanblue’s spartan effort. 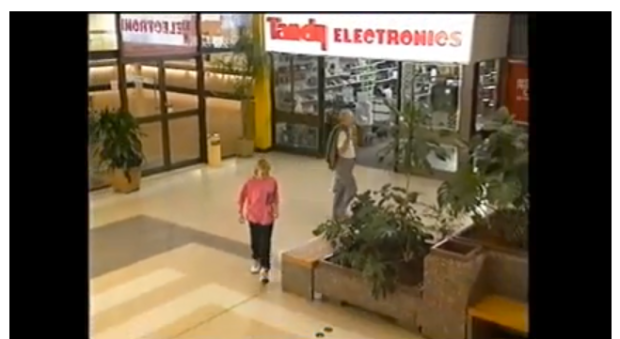 In the show, based on Emily Rodda’s books, a Tandy outlet in Prospect (a northern suburb of Adelaide) acts as a gateway to another world, one separated from ours by a ‘time barrier’. As the Gladesville Tandy has shown us, it wouldn’t be the last time Tandy would act as a time warp.

First of all, dear readers, Happy New Year and all that. For Past/Lives, all this means is that the glory days of our subjects are buried under yet another year. There’s plenty coming up, including something fun for the blog’s first anniversary in March (where did the time go?), but for now…

Byers beware! At least, anyone with the intention of buying meat from this long-defunct butchery along Darling Street, Rozelle. What started life as a bootmaker’s shop came into possession of butcher Hugh Byers in 1918, who hawked dead animals from this location while leasing out the shop next door, which he also owned. This tradition carried on for the next 87 years, until the Byers family sold up to Balmain Leagues in 2005. Balmain Leagues…doesn’t that ring a bell?

Anyone familiar with the surrounding area and an interest in this sort of thing (all three of you) would have noticed the decaying Balmain Leagues Club on Victoria Road. If you don’t know it, don’t worry – we’ll take a closer look soon. The impending development of that site will include the Byers building as well as a fair few others along Darling Street when they finally get around to it. Unless of course it turns into another CBD Metro debacle, which left Rozelle with some mighty blue balls.