It looks like any other drab line of shops on a dreary corner in Dullsville. 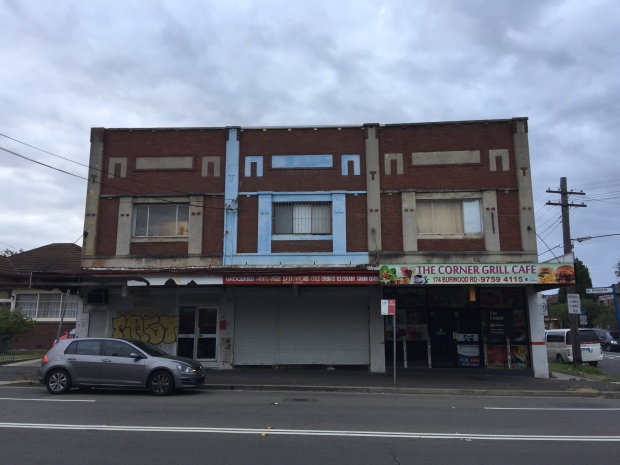 So what’s the reason for our focus on this windswept Belmore street corner on such an unseasonably brisk evening?

The Corner Grill Cafe has failed. The grill is dormant, the shakes are neither shaken nor stirred, and the chips remain a mere gleam in a spud’s eye. Don’t believe the signs; they’re open zero days, and there’s no home to deliver.

This location has long served up junk food to the masses – just look at the ghost sign on the building’s south: 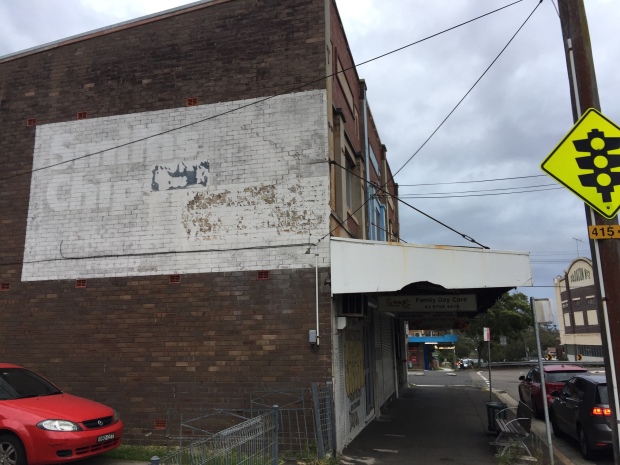 And in that earlier time, the corner shop backed onto some kind of mechanic. It’s now an IT consultant, but the evidence is there:

Despite that, it’s nothing special. Just another small business caught in the thresher of the conglomerates that absorb everything we rely on. The blood has dried, and the scene of the crime is now available on a twelve month lease.

What caught my eye, however, was this. 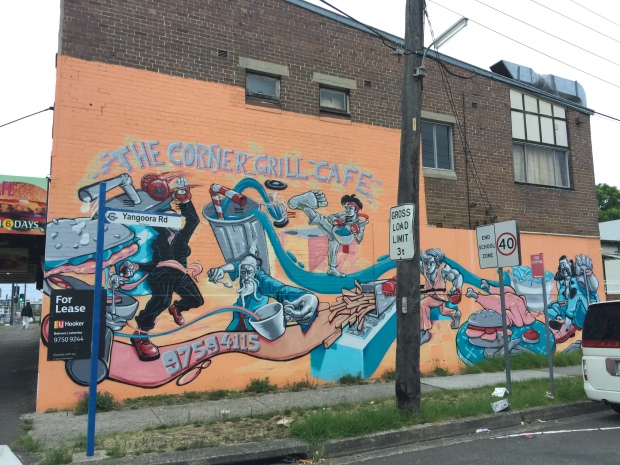 This is what elevates the Corner Grill Cafe – and indeed, the whole block of shops – to being worthy of a handful of words on the internet. Someone cared.

Whoever it was that founded the Corner Grill, that did their research, signed the lease, had the signs made, ordered the milkshake powder and on whose orders thousands of coffee beans were ground to death, that person believed in their idea, as wholly unoriginal as it was, and they gave a gift to an audience they thought they knew.

They believed that this corner of Belmore needed the Corner Grill Cafe, and only in the way they could provide it. They believed that it would fly, that the air would benefit from the smell of juicy, flame-grilled burgers instead of cigarette smoke and desperate living. 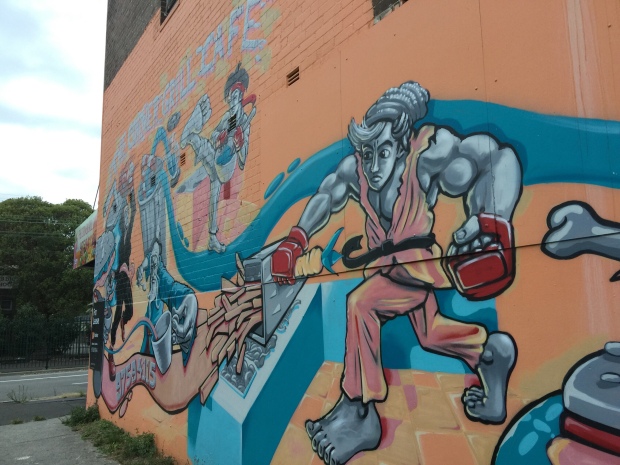 That they were wrong doesn’t matter. They left their mark, and these days, that’s enough.