Out of the Blue Seafood Restaurant/Hertz – Bankstown, NSW 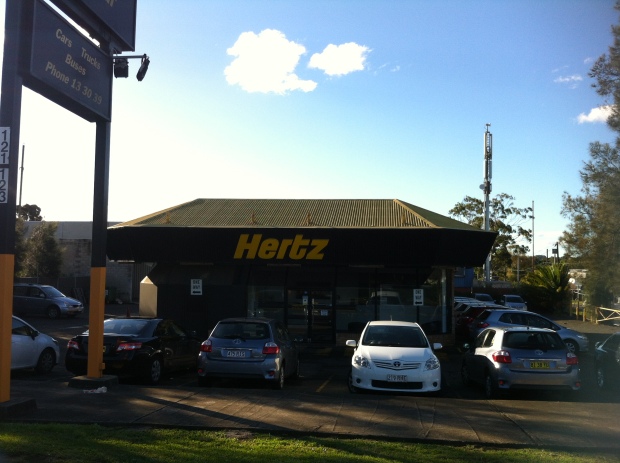 You work an office job, you’re in sales. You do alright – enough to put food on the table for your wife and kids. And what delicious food it is, the wife’s always telling you. Especially your seafood. Let’s not be modest, Bob, you’ve had a way with prawns ever since your dad taught you how to peel a prawn by hand, even if it was just so he wouldn’t have to do it for you anymore. You picked it up straight away, and sure, you might get a cut or two every now and then, but they’re prickly little buggers at the best of times.

No one ever winds up spitting out bones when they eat your whiting, do they Bob? Not like that Mother’s Day at Doyles when your mum almost choked to death. Remember, you screamed for the manager, and your face went red! Your wife was a little bit scared that day, although she never told you. You have to learn to keep your temper in check, Bob. It’ll be the end of you.

Sales is a boring job when you’re the best. You’re so good that you wound up convincing HR to let you work from home, and your figures were too valuable to the company for them to say no. So you spend all your days fishing and cooking while occasionally stopping to rack up another few grand. How does it make you feel? Do you ever compare yourself to anyone bigger, or can’t you think of anyone? Remember that time you were bragging to your mates about it during that Saturday arvo barbecue, and Trev, the one who isn’t doing so well, went home sick? Did your wife ever tell you that Trev’s wife called to say he’d tried to top himself that night, or do you still think you gave him food poisoning? Not with your oysters, Bob. They’re too good.

You’ve always had that dream, though. You never let yourself really consider it until now, but every now and then you’d entertain the thought of running your own restaurant…just to see. Just to put the hard word on Doyles and the like, to say ‘we in the west can do it better than you’. Be a shame if you stuffed it up, though. You’d fall flat on your face. And they’re not as refined in the west, are they? Don’t appreciate a good lobster mornay as much as they do on the coast or down south? There are a lot of things to consider, Bob. If you’re gonna picture yourself in the chef’s hat, just make sure you take the time to think it all through.

Still got your eye on that spot on Canterbury Road? It’s not the most perfect location, is it? You drive past it whenever you’ve gotta go into the office or do a face to face with a client. It’s nice that you still give them a fish from time to time. Cute calling card. The Canterbury Road spot though…it’s risky. If you open too early, no one’ll be able to get a park because of all the trucks, and if you stay open too late you’ll attract the hookers and the tricks. Don’t you want it to be family friendly? Maybe if you do it up right, get the right colour…

Cute name, Bob: ‘Out of the Blue’ Seafood Restaurant. And ‘into the red’ not long after, I’ll bet? Sorry, Bob, couldn’t resist…you’re really serious about this, aren’t you? Oh no, you shouldn’t quit your day job. You really shouldn’t. But if you’re going to make a proper go of this cooking thing, you might need the time. It’s called work from home, not work from work. ‘Out of the Blue’…you’re going to paint it blue?That shade of blue? Christ, it’ll look like a theme restaurant! This location really isn’t very good, you know. I hope it was cheap enough. Oh…that much, huh? You might make that back…give it a few years. No restaurant makes megabucks from the start, Bob, you must have known that. Did you do any research? That burger place that sold dog food was just up the road there, people might think it’s your place. Mud sticks…

Wow, you really went the whole hog, didn’t you Bob? A total nautical theme! You know how silly that thing looks, right? Yeah, yeah, it’s all a part of the gimmick. Are you gonna be wearing a sailor’s hat and a peg leg while you cook, too? I’m guessing you anchored this thing deep, what if it blows over? Hurricane-proof, huh? Nice. 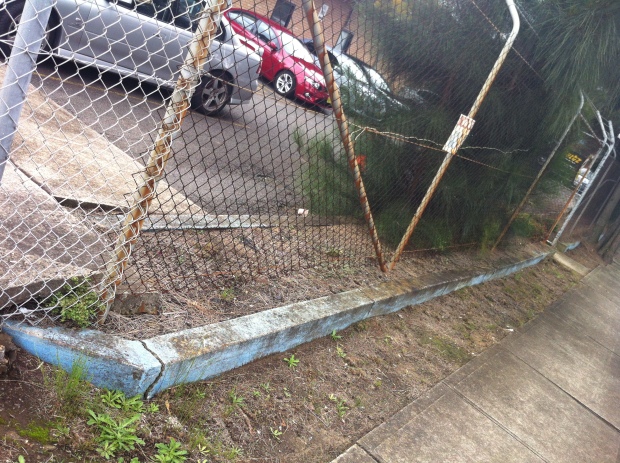 I’ll be honest, Bob: that paint looks way less garish now that it’s actually on. You want to make sure it’ll last a while too, nothing worse than a half-assed job. You’ve spent all this money so far, you have to make sure you leave your mark on this place. Get the most out of that paint too, put it everywhere. You bought too much! You’ll never be out of this blue, so go nuts and slap it on everywhere. Don’t let ’em forget where they are.

Well, good luck with it mate. I’m allergic, so I won’t be eating there, but I’m sure you’ll do fine. All the guys at work miss you, even though you were never in the office. They miss having that hard target to match. Dudley’s the top dog now, and he’s nowhere. This place…it’s a little rough isn’t it? Good thing you got so much of that paint left, this graffiti’ll be easy to cover over. You know, now that that Dunlop factory up the road’s gone you might have a harder time getting people in here… Okay, okay! No need to raise your voice! I’m sure you’ll be fine, once they hear about how good your food is, you’ll be fine. You open soon, right? What’s left to do? Just the licence? Okay Bob, all the best. Let me know how it goes.