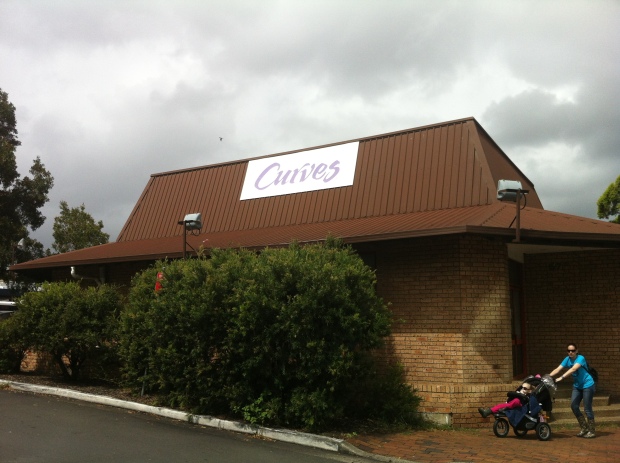 There’s a sick sense of humour lurking behind the decision to turn an old Pizza Hut into a gym. It used to be that you’d walk out of the Bankstown Hoyts 8 cinema and straight over to Pizza Hut for all you could eat, but now you’re faced with a reminder that if you have that plan, you more than likely also have a few curves. 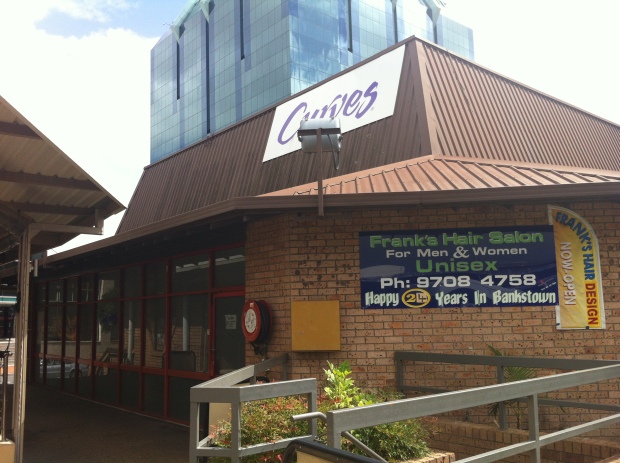 Sadly, for those hoping to undo the damage of years of pizza abuse at Curves, you’re out of luck. The building appears to be empty now, further adding to the wasteland feel of this part of Bankstown, and with his ad-hoc adjustment of the number of years he’s been in Bankstown, Frank isn’t helping.

UPDATE: The Curves gym is still in operation, functioning as a kind of Masonic secret gym society for women only. It’s rumoured that an angry husband of one of the members caused a fuss inside the gym once upon a time, and ever since, men have not been admitted…maybe the guy was just peeved that Pizza Hut was gone. Whatever the story, this sign awaits anyone with the balls the enter (so to speak): 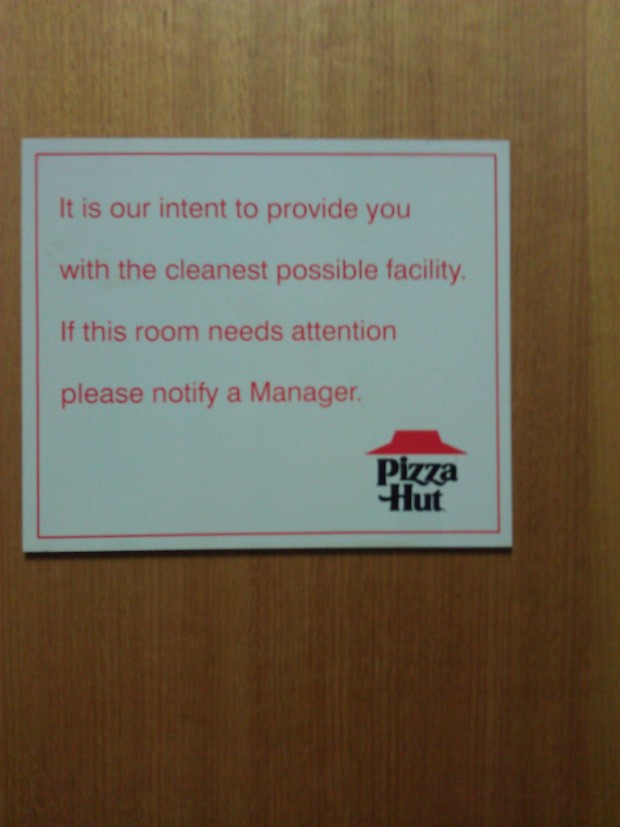 Imagine a Pizza Hut toilet, and then imagine how many times that manager must have been notified. Thanks for the tip, Irmgard!