Considered the outskirts of town in 1792, the site at the corner of George and Druitt Streets in Sydney was chosen by Governor Arthur Phillip to be the colony of New South Wales’ primary burial ground. By 1820, however, the cemetery had become full, and was closed as a result. It fell into a period of dereliction and neglect, gaining a reputation as a place to avoid, especially on hot days and at night.

Sydney had grown exponentially by the 1840s, and it had been suggested that the burial ground be used as the site of a town hall for Sydney. Despite vehement opposition in some sectors… 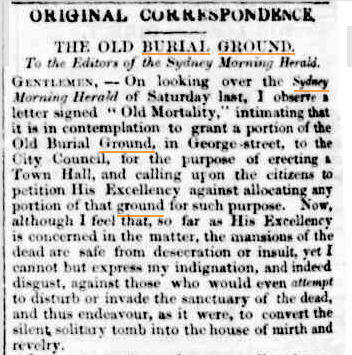 …plans went ahead. The Sydney City Council applied for and received a grant of a portion of the burial ground in 1865. Reinterment of the bodies took place in 1869, with most moved to Rookwood Cemetery in Sydney’s west. Most… 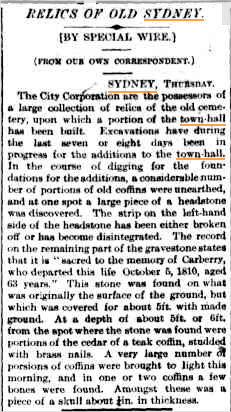 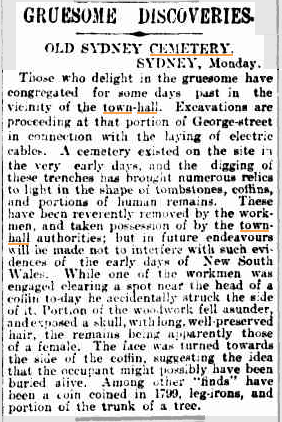 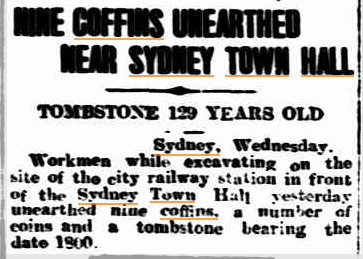 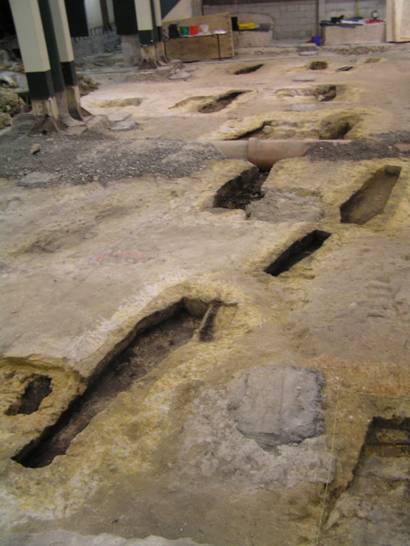 At the very least, the extreme amount of bodies left at the site ensured high turnout numbers for Town Hall events. 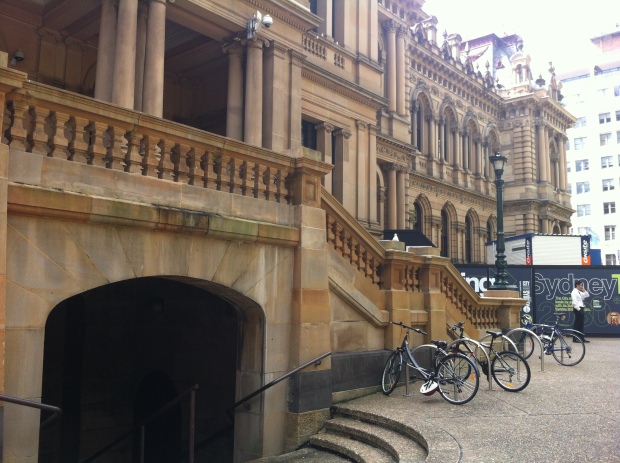 There is little on the site today to recognise the site’s former life as a cemetery. I guess they thought that since there were so many bodies left behind, they didn’t need one. Still, in this small, dank alcove which reeks of piss, there’s a tiny reminder: 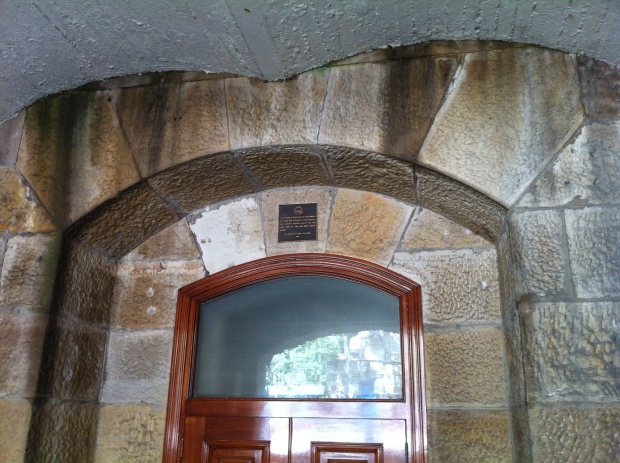 This plaque is dedicated to the memory of those who arrived in this country with Captain Arthur Phillip on the First Fleet in 1788 and were buried nearby.

“Were“? Still, Town Hall can take comfort in the fact it’s not the only former burial ground site used by a major Sydney landmark today. Yes, like Weekend at Bernie’s II, they did it again…