Sitting beside the former Four Seasons Chinese Restaurant in Beverly Hills is a vacant lot, but based on the position of the driveways and the remaining infrastructure, it’s clear this was once a petrol station. 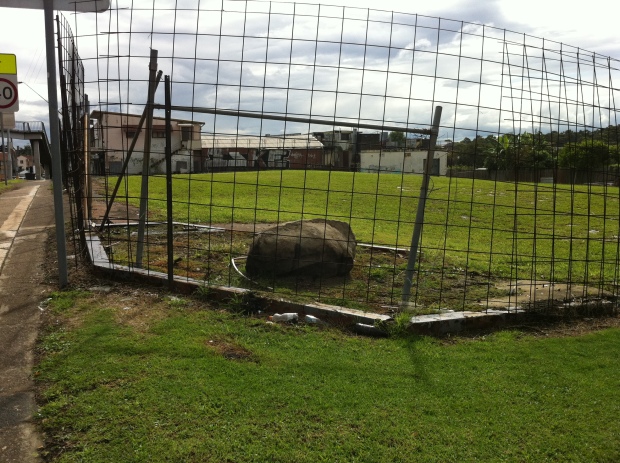 Someone has left several large boulders on the site. Oddly positioned at the corners of the site, they appear as makeshift paperweights, holding the lot down so it doesn’t blow away. Good thinking, guys.

HISTORICALLY SIGNIFICANT UPDATE:
New information has come to light revealing this vacant lot to have been a Shell petrol station as recently as 1992. Don’t believe me? Check out the evidence (sourced from the fascinating OzRoads.com.au) below. Note the fully operational Four Seasons Chinese restaurant in the background! 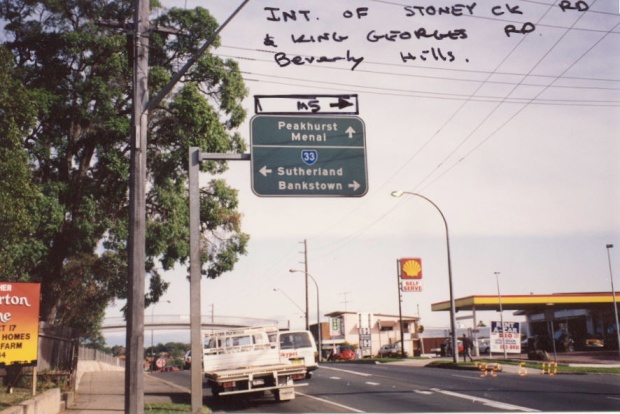