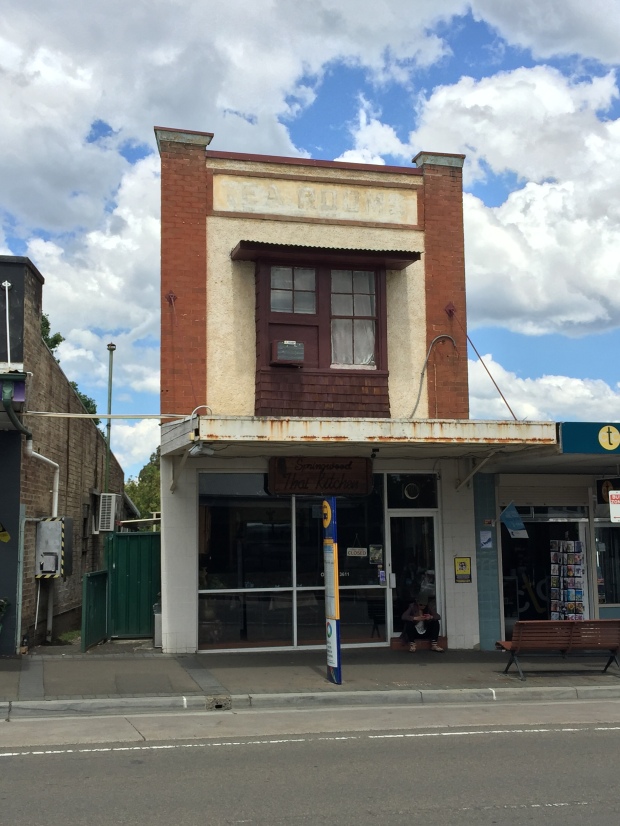 There comes a time in the life of every history blog when one must write about tea rooms.

Up in the Blue Mountains, anyone with a thirst for high tea is spoiled for choice; between the Hydro Majestic’s Afternoon High Tea, the Lilianfels High Tea and the Katoomba Carrington’s Grand High Tea, it’s no wonder the Mountains are a place tea leaves and scones fear to tread.

And it’s also no wonder that the tea rooms of Springwood, a picturesque town sadly bypassed by most on their way up the Mountains, threw in the tea towel in the face of such stiff competition. That said, it’s not like you can’t get tea in Springwood – cake shops and cafes pepper the main street, and I’m pretty sure even the public toilets provide a cuppa while you spend a penny.

These days (and for the last few years), the former tea rooms have made way for one of Springwood’s two Thai restaurants, the Springwood Thai Kitchen. According to reviews, this place and the Thai Square are locked in an evenly matched reviewel to the death (yeah, that’s a word now). I’ve only eaten at this one and that was years ago, so I won’t dare to compare in this instance (although, you could take that as a review in itself).

It’s a tiny building – a skinny Thai, if you will (you’re fired – ed) – to try and cram all the requisite Thai accoutrements into, but it certainly conjures up images of how it would have been back in the day: refined folk coming in with a thirst only tea could quench, hanging up their bowler hats and settling down for an earl grey and lamingtons while chatting about their English country gardens. Today, all that remains of that era is the faint lettering above the shop and whatever hot beverages are on the menu. Perhaps a Thai latte.

Bottom line, I think naming the restaurant ‘Thai Rooms’ was a missed opportunity.