Even the most quiet and unassuming of streets or buildings could have been the site of scandal and intrigue at some point in the past. A little research goes a long way: a quick check of Trove revealed that a street I grew up on was the scene of an inter-war triple murder and several gruesome accidents! It’s the kind of thing that makes for great reading on a cold, rainy afternoon.

So if you live on Melton Street, Auburn, I hope it’s raining right now.

While I’m not going to bother getting into the nitty-gritty of 1950s meat price regulations, the space allotted by the newspaper to the above article should tell you all you need to know about just how important this apparent non-event was.

For this one day, butcher Neil Johnson had his moment in the sun, having been accused of overcharging for meat. In his defence, he claimed that his meat was primo quality, so why shouldn’t he overcharge? The justice system wasn’t convinced, slapping a fine on Johnson that, according to the article, could have forced him out of business. Something certainly did. 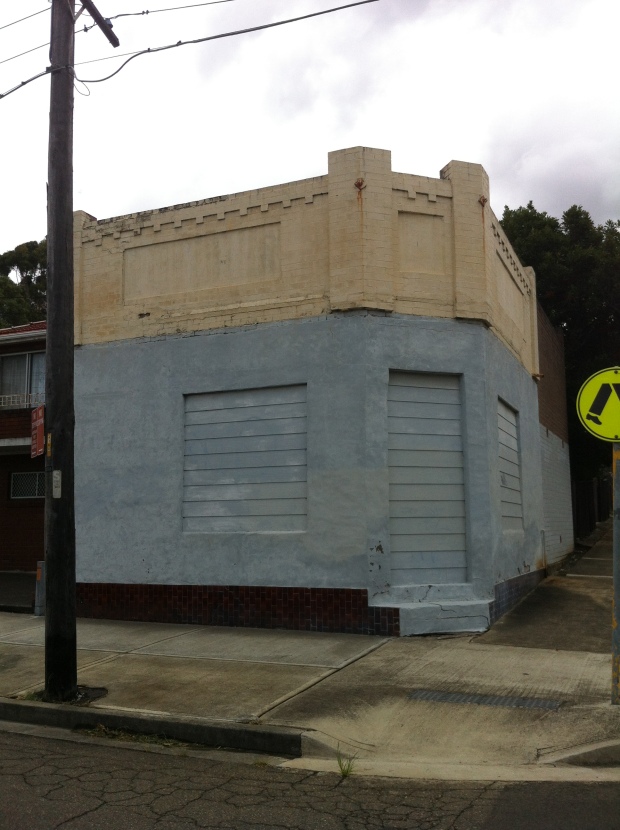 The only thing butchered these days is the facade.

Now that you know the story, here’s where it happened. Pastel colours aside, Johnson’s butchery today is completely unassuming. It’s just another ex-corner shop no one gives a damn about. I’m not saying everyone should, but I never cease to find fascination in these little stories that make Sydney’s suburbia more than just a network of streets.

You can still read it if you squint, believe me.

And that’s just what we can see from the outside. Would the interior still be recognisable as a butchery? Does it still carry the stench of Johnson’s failure? Given the current state of Sydney housing prices, they’re questions that for the majority of us will never be answered. Talk about overcharging…