Careful and considered research tells us that as far back as 1914, Sid Steele (yes, the Sid Steele) was providing King Street’s St Peters end with all the tobacco they desired. Had Sid kept his ego in check, we of the future may never have known of his long-ago dominance of the industry, but the forward-thinking Steele made sure his name would be as resilient as his namesake by emblazoning it across the top of this otherwise generic ’14 model. Future tenants were not so precious… 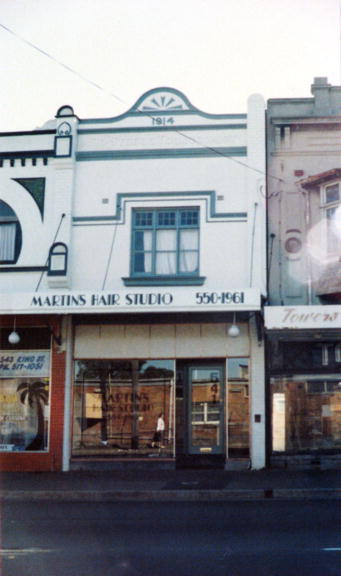 For example, Martin chose to leave his mark on his customers rather than the buildi- oh sorry, studio. Note that Martin doesn’t have the air conditioner that later tenants have. What’s with that, Martin?

In the new millennium, it’s as naff to include your name in your business name as it is to use the term ‘naff’. The proprietors of CHINESE ANTIQUE FURNITURE may not have had staying power, but they didn’t need it; hoping to capitalise on the zeitgeist of the Chinese Antique Furniture boom of 2007-2010.