This factory was the home of Wisdom Toothbrushes for most of its life, and then Addis Toothbrushes towards the very end. For a factory so dedicated to hygiene, it’s not very clean.

They made toothbrushes here

If you’re thinking it’s a little too perfect that one toothbrush manufacturer followed another in occupying this factory, here’s the Finkle and Einhorn moment: Wisdom is Addis. The history is actually way more interesting than I could have fathomed the history of a toothbrush company to be: William Addis, who actually invented the toothbrush, founded the Wisdom company in 1780(!), with the first prototype toothbrush made of bone and horsehair. Whose bone? The horse’s? Maybe it’s best that we don’t know. They were still making the bone toothbrushes until 1947, when something must have happened in the world of decency to stop the practice.

Wisdom/Addis struck Australia in the 1930s, establishing a factory in Glebe. When that factory proved to be lacking in security:

Addis moved here, to a factory by the bank of the Parramatta River.

But the crime didn’t stop – it turned out that people just liked stealing Addis brand toothbrushes: 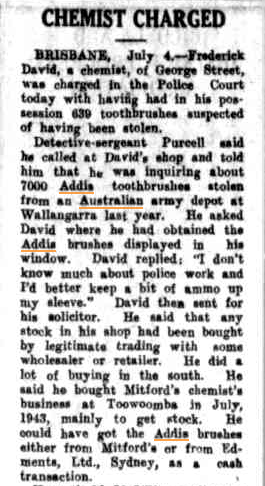 By the 1970s Wisdom was flush with cash, taking out boastful ads in magazines and adding the company’s logo and a giant toothbrush to the side of the factory, which is a practice that really needs to come back in fashion. 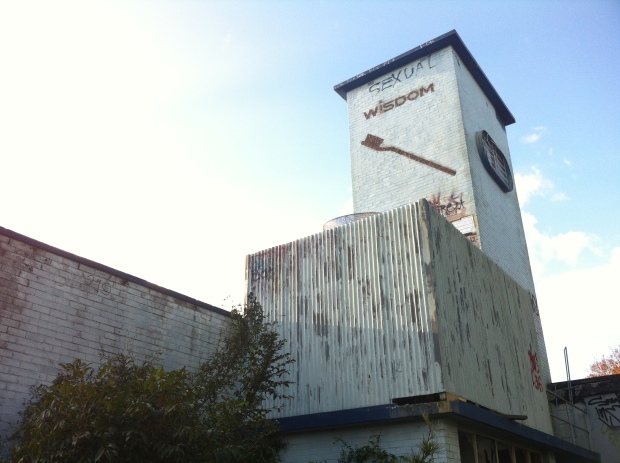 Market research apparently showed that by the 1990s, prospective toothbrush purchasers had lost faith in the Wisdom brand, and were instead more willing to buy from Addis. The factory complied, changing its name.

The toothbrush business moved to greener pastures (Lane Cove) around 2000, and as always happens, they left some stuff behind in the move.

They’ve probably been looking for those bricks

Oddly, there’s a Roni’s Discounts sign plastered to the back of the factory:

Could Roni’s have once used this factory to house their inventory of cheap junk? Even if they had, I doubt we could tell the difference. For about the last 10 or so years, the factory has sat here, derelict, constantly amassing more and more graffiti and grime. The doors are wide open so anyone can get in there. It’s become something of a pilgrimage for graffiti artists and, going by the bra suspended above the front door, drunk young people looking for an edgy-yet-risk free place to have sex. OOH AN ABANDONED FACTORY! ANYONE COULD WALK IN! 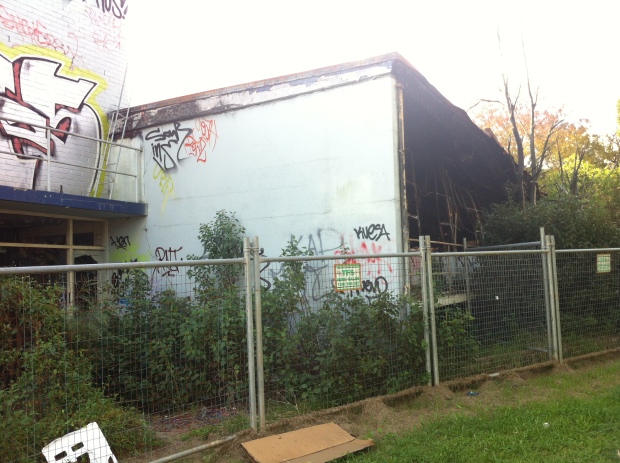 In 2007, the building caught fire, which seems to have improved its condition. As industrial Meadowbank is slowly but steadily decommissioned and gentrified around it, (Sexual) Wisdom patiently awaits its certain fate with a pearly white smile on its face.

SUPER UPD8: Thanks to reader Lawrence, we now have footage of the interior of the old Wisdom Toothbrush factory! Shot on Super 8, there’s a mega-creepy ‘found footage’ element to the video. Thanks Lawrence…I think…