How much is that Unix in the window?

I think this may be my favourite shopfront so far, and possibly ever. I love that they’ve used the world’s strongest paint (?) to craft their advertisement to the world; no flashy banners here. I love the single-minded devotion to the RSS feed-esque concept – the way the words are cut off and begin again haphazardly (unless they sold interns and nets as well, to be fair). I love the idea of the owner being struck by a vision of how his shop should present itself to the outside world, and either making it happen himself, or asking (forcing) someone else to do it. Someone crafted this by hand. You’ve gotta respect that vision. Then again, when this place was in its prime, all you needed was the word INTERNET to get people in your door. And speaking of…

Once upon a time, this tiny shop on Stoney Creek Road was on the bleeding edge of the information superhighway ultra-revolution. Alternately Computer Consulting Services and Systems Contractors, they sold internet by the pound here. 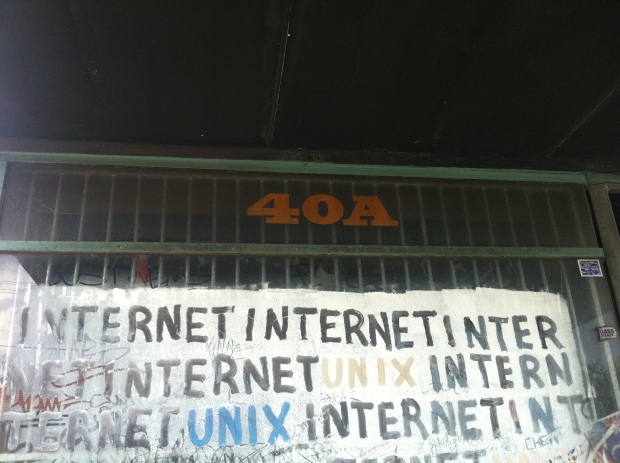 But it wasn’t just internet that these guys were hawking. Unix, a programmer-focused operating system designed to be easily ported to a variety of systems. It may sound like a foreign language to most these days, but it’s actually more common than you think. Apple’s OS X, found on any Mac or iPod or iPhone, is Unixian in nature.

Back before easy wifi connections and computers that did it all for us, if you were a small business or home office, you’d call places like this to set up your network so that your Joyce on the front desk could email Mr. Burroughs in his office right out back without having to get up. Barry from accounts could shoot through the latest BAS statements to the auditors at their temporary setup in the board room without anyone having to leave their seats. Suddenly, everyone was about to get fatter.

While Unix systems are still heavily used today, the name isn’t as prominent. Now it’s more a case of certain operating systems being certified as adhering to the Unix specification, such as OS X or Linux.

So this time, it’s not thanks to some ancient advert or antiquated phone number that we can place a date on this shop – it’s that they weren’t pushing Linux.

The “No More Junk” sticker on the front door is particularly apt: there’s barely any room for more. It’s safe to say that whoever resides here now isn’t interested in operating systems or multitasking beyond 4WD touring while listening to Shihad.

But as always, we must look to the past, and what the past reveals for us this time is simultaneously surprising and terrifying. 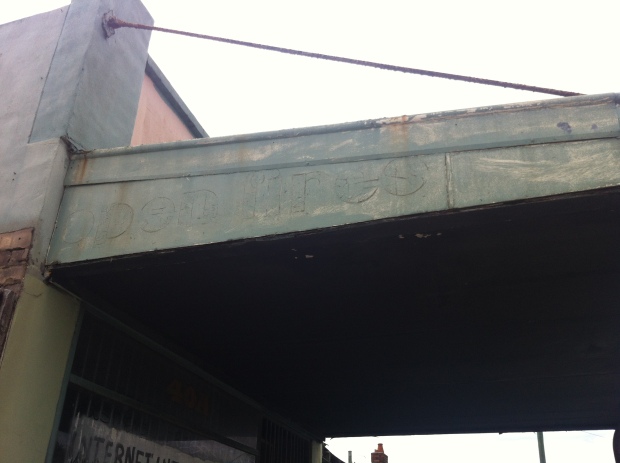 They sold open fires here. No wonder the building next door is gone.