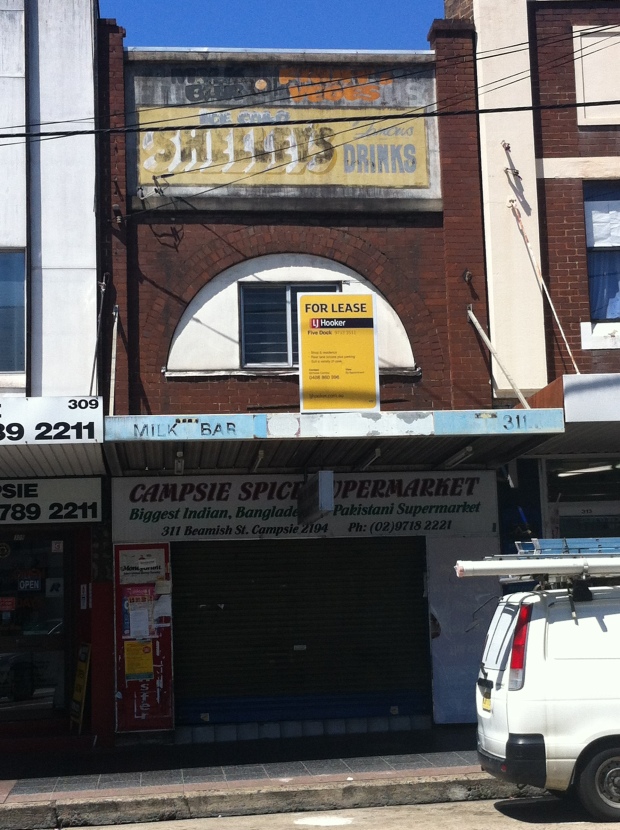 Surrounded by a seemingly inexhaustible army of mobile phone shops and money transfer stations, the late Campsie Spice Supermarket exists now only to remind us that if you can’t make it as a milk bar selling Streets ice creams and Shelleys drinks, you definitely ain’t making it as a spice supermarket. In your laziness you’re sending mixed signals, dudes! You weren’t selling Shelleys drinks!

Maybe the building’s cursed to bring bad luck to all who dwell within it, such as the unfortunately named Edward Raper, who in 1934 attempted to rent the dwelling as a ‘good dwelling’ to potential dwellers for only three pounds. I can’t help but wonder if his ad got any replies….probably. They were more innocent times.

If we flash forward to 1949 we can see that this place was home to W. Wall, a real estate agent selling property in streets (Ceres Street Padstow) that no longer exist. Coincidence? CURSED, I TELL YOU.