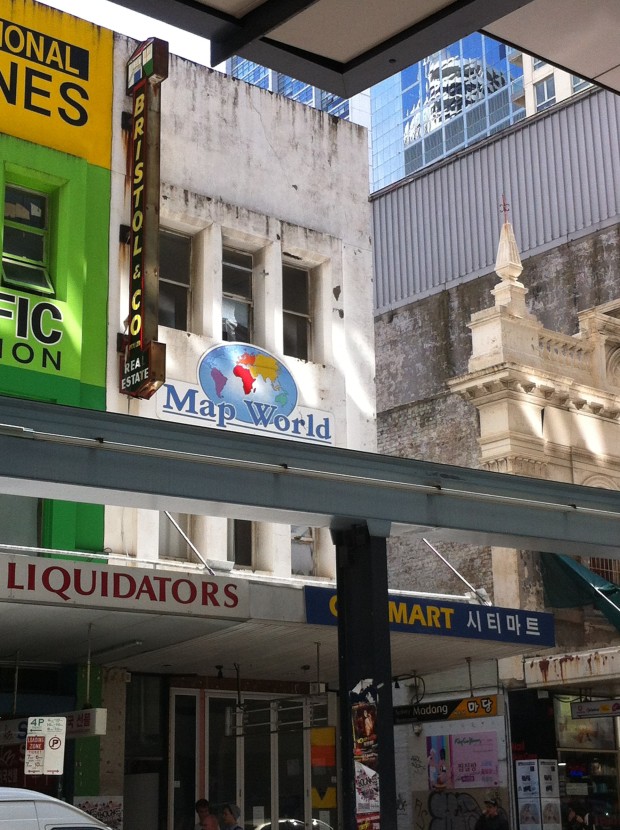 The idea of a small real estate agent such as Bristol & Co. sitting in the middle of the city seems strange now. It’s hard to imagine that a small fry like Bristol could ever compete in an environment full of franchises and big name firms. Likewise, the current incarnation of the building, Citymart, seems ill-equipped to compete with the 7-Elevens and City Conveniences of downtown Sydney, primarily because it’s closed and near empty.

Map World is another instance of a shop too small for its ambitions. It probably did alright in 2000, but in an age where everybody’s phone knows the city better than your average taxi driver, Map World’s pretty much fallen off the map. With a track record of three duds, maybe it’s just an unlucky shop.