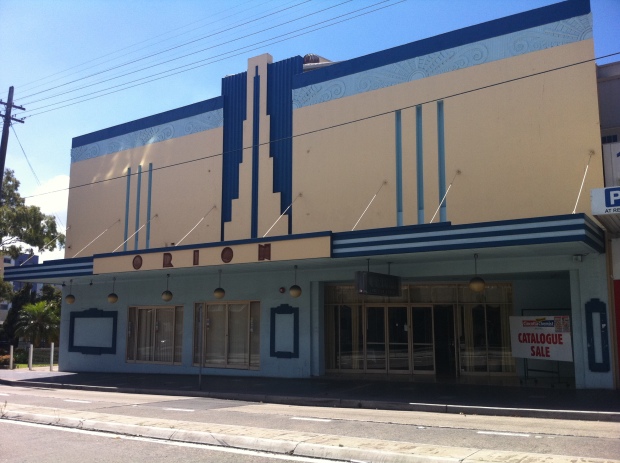 By the mid-1930s, the suburb of Campsie already had a cinema. The open-air Campsie Palace was opened in 1910, and over the next 25 years had become the Excelsis, and finally the Odeon. When the Orion (“Theatre of the Stars!”) opened in 1936 it was seen by some as overkill, but today it’s the last man standing, albeit in a different form. 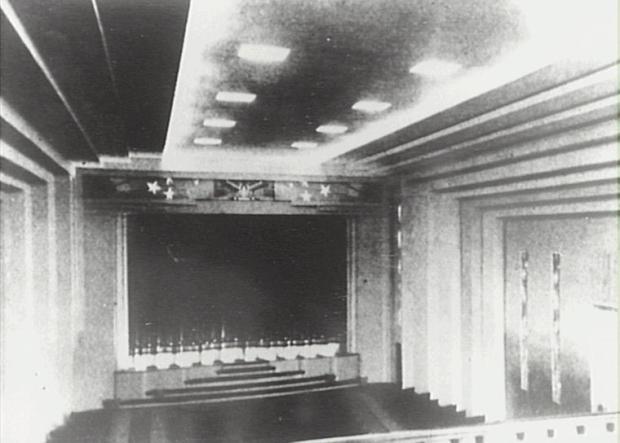 Opening in March 1936, the Orion had close ties to the RMS Orion, an Orient Company ocean liner launched from Brisbane in 1934. A mural depicting the liner sat in the cinema’s lobby for the first phase of its life. The first films screened were Love Me Forever starring Grace Moore, and Lady Tubbs starring Alice Brady. The theatre received extensive renovations in 1949, by which time both actresses had died. Our old friends Greater Union got involved in 1953 and, typically, ran the Orion into the ground by operating on a restricted policy. Movies were only shown on Fridays and Saturdays, and the reduction in profits saw the building close as a cinema in 1959. I’m beginning to think that GU intentionally ruined these suburban cinemas just to ensure that moviegoers would flock to their multiplexes, but surely I’m just being cynical…right? 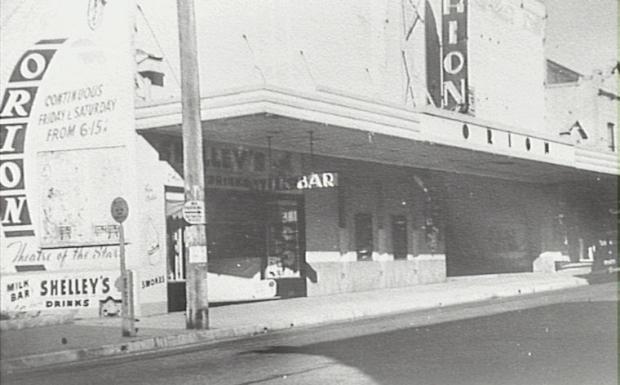 In 1964, a year after the RMS Orion was destroyed for scrap, the Canterbury Town Hall was demolished, and the Canterbury Council eyed the Orion as a possible replacement. Since the cinema closed, it was being used as a public meeting place and neighbourhood centre, so it made sense, but for one reason or another it never happened. The Council didn’t forget the ‘Theatre of the Stars’ though (oh, unless you count the years of neglect between 1959 and 1984), and in the 80s began restoring the building for use as a function centre. Renamed the Orion Centre, it can be found in pretty good nick today. 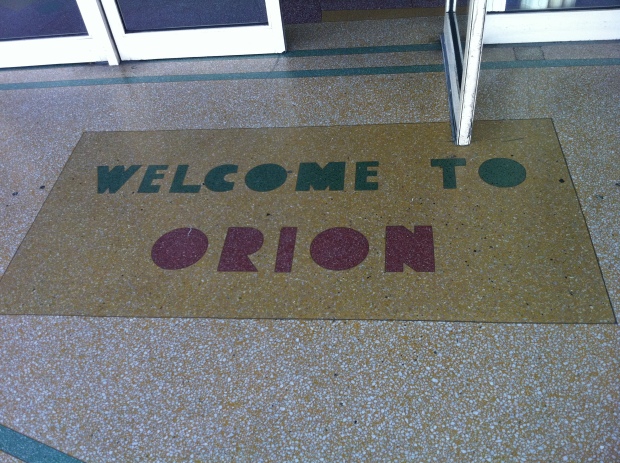 Extensive though the renovations may have been, it’s easy to see the building’s cinematic origins. 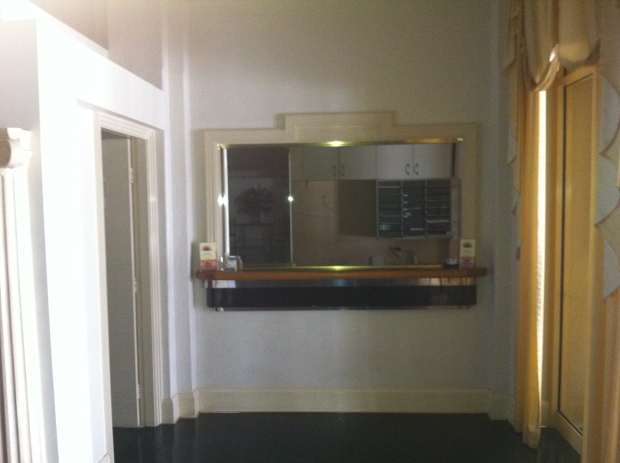 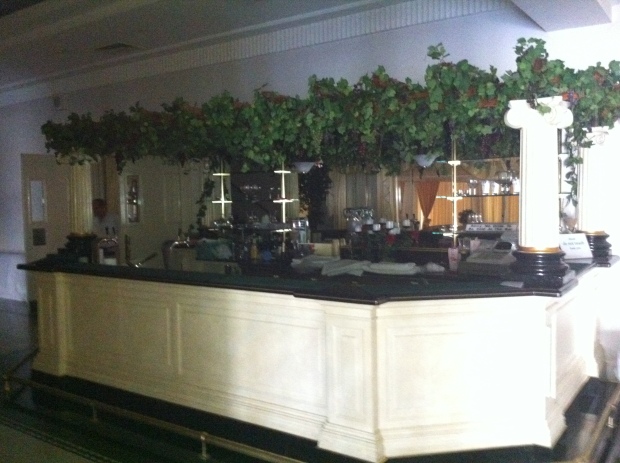 The art deco style is unavoidable inside. 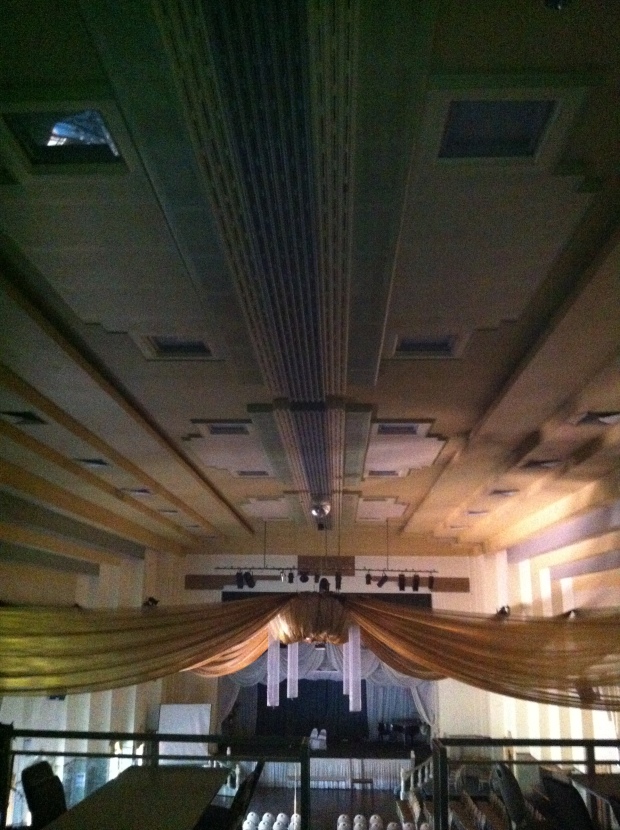 This mural offers another hint of the Orion’s former life: 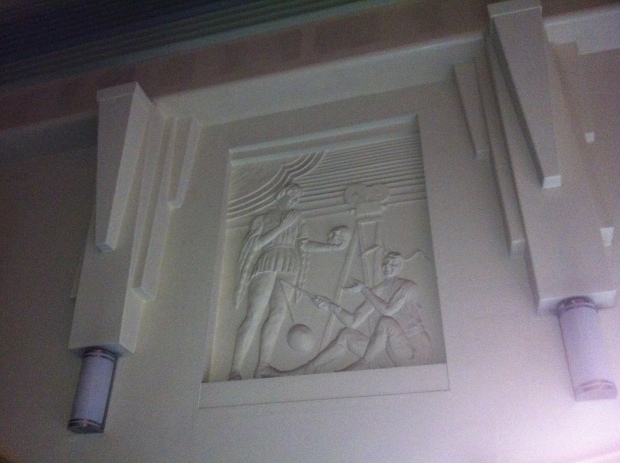 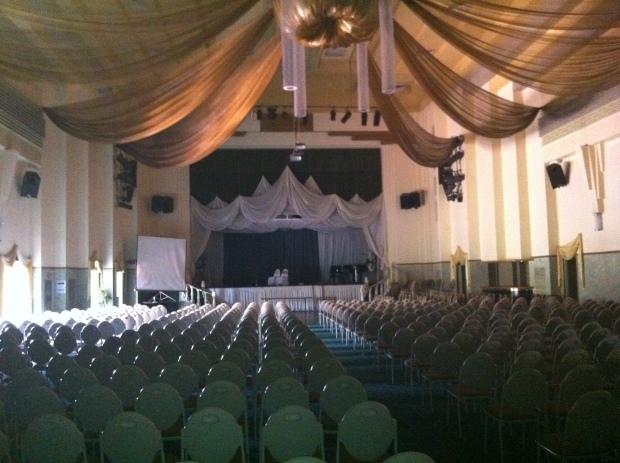 There may not be any stars on Orion’s belt these days, but the centre’s sense of style certainly evokes a time when a whole galaxy was constantly viewable from Beamish Street with a projector as a telescope.