Kingsgrove: a short distance from the eternal struggle between gridlock and bustle that is Stoney Creek Road lies the Kingsway. Or is it just Kingsway?

Breathe that in and savour it for a moment. It’s the Kingsway, as if once upon a time the tiny street in the middle of suburban nowheresville was intended as a way for a king. Not too far away is the majestic King Georges Road itself, so it’s not a stretch.

Sometime prior to 1948, powers that be (though I’m assuming not a king) decided that the Kingsway was suitably epic to receive a strip of shops, with the prime side facing Stoney Creek Road. The occupants have varied over the years, but are invariably interesting: a dodgy pizza place, a spy shop, the mysterious Rassan Trading, that damn doll hospital. But around the back, along the Kingsway, the shops aren’t as commercial…although they’re just as interesting. 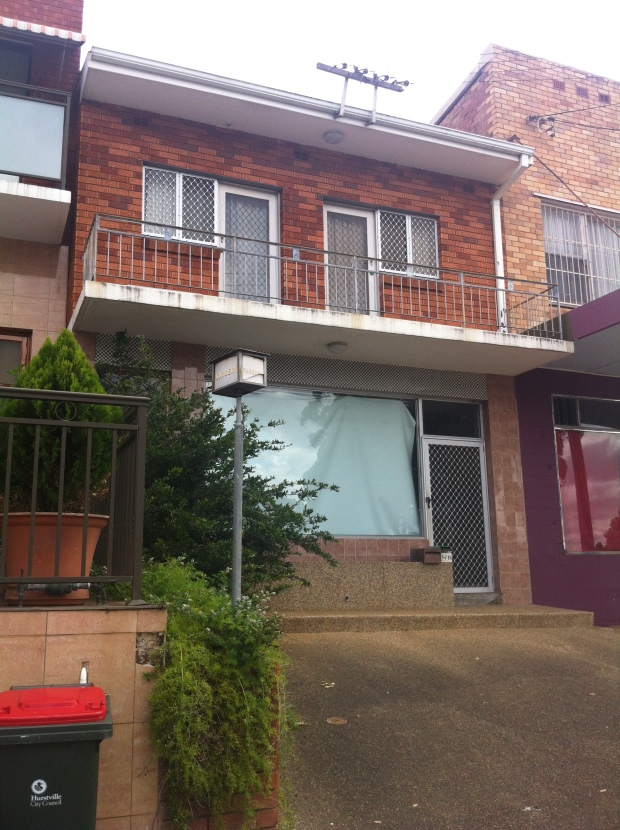 When I was a kid, these surgery signs instilled a feeling of dread. Surgery happened at these places, I thought. Surgery, a word that to this five-year-old’s mind meant that seedy doctor’s surgery in Batman where Jack Nicholson asks for the mirror. In any of these otherwise nondescript buildings, bad dudes could be having bullets pulled from their faces by shady GPs.

But the reality was a lot less interesting. British English dictates that the workplace of a doctor is a surgery (or a practice, but if the streets were peppered with little red boxes bearing the word practice, society would never get anything done), and since British English also dictated what we Australians did for a long time, surgery it was. 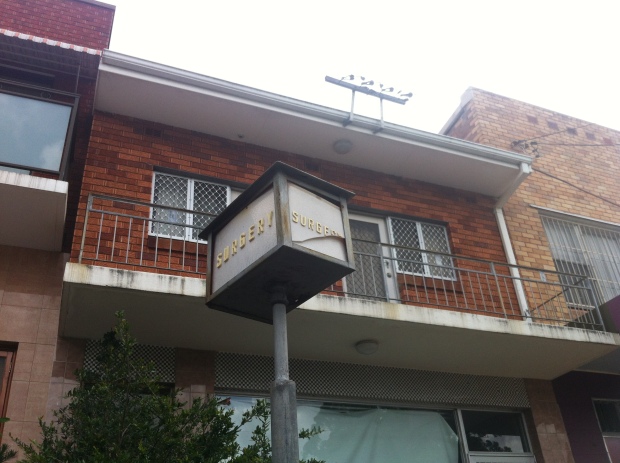 Whoever the current tenants are, I’d like to thank you. Thank you for leaving this little sign up in what passes for your front yard, either through laziness or a twisted sense of style. As soon as you see it, you’re forced to imagine all the sick people who would have attended this place in its heyday, the relief and sorrow that came with each pronouncement from the GP. The lives that ended, and the foretelling of new life.

I personally wouldn’t want to live there (too creepy), but it’s nice to know that the experience is possible.