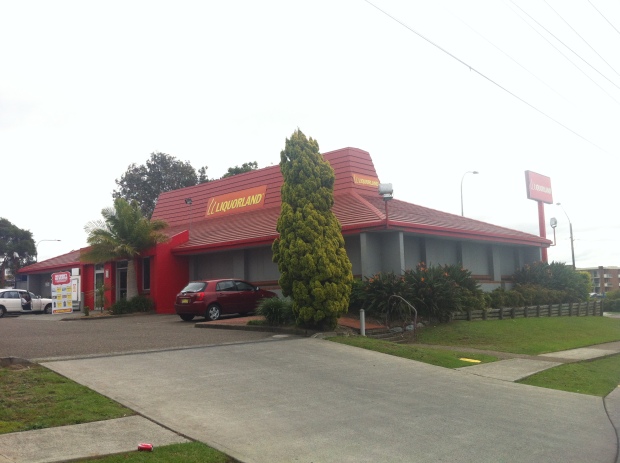 The picture says it all: it’s pretty much a textbook example of a Used To Be A Pizza Hut. But it’s actually not that much of a stretch. Pizza Hut dine-ins were fully licensed back in the day (!), so all that Liquorland have done is do away with the doughy, yeasty stuff to make room for more booze.

In Port Macquarie, that’s actually kind of an affront. Back in 2003, the town set a national record for the most amount of pizzas eaten in a day. According to the Port Macquarie News (and really, who’d be better qualified to know), 4890 pizzas were consumed on Saturday, December 13, 2003. Whether the record still stands is unclear, but since those figures came from Domino’s, you can bet a similar record for most amount of toilets clogged in a day was set on December 14.

It’s not all bad news for Port Macquarians jonesing for a fix of crusts thick, thin or stuffed, however: they’re still makin’ it great at this downgraded Hut down the road. For those who knew the dine-in Pizza Hut experience biblically, the above picture is a sad sight, and for everyone else, it’s a shocking reminder that there’s a Video Ezy still in operation.