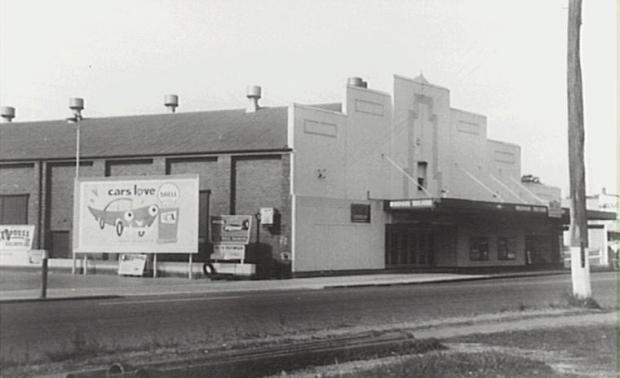 Since 1938, this theatre has sat on the bank of the Cooks River, Canterbury. Originally called the Windsor Theatre, its proximity to the water made it prone to flooding and also, apparently, prone to thievery. The theatre suffered two safecrackings in the 1940s alone, a problem that doesn’t seem to have been experienced by its current tenants. The Windsor closed in 1981…

…and was converted in 1982 into Mytilenian House, a meeting place for the Mytilenian Brotherhood, which itself was established in 1925. They’ve kept the screen area relatively intact:

I’m guessing they upgraded the safe, especially if the security around the back is anything to go by: