Along the long and lonely Kimberley Road, Hurstville sit numerous husks of shops. A quick search on the amazing Trove reveals that today’s entry on Past Lives was once ‘Trinder’s Produce Store’, and was used as a voting location from 1930 to 1948. 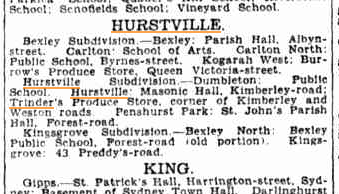 Built in 1926, no evidence remains of Trinder’s Produce Store. The shopfronts appear to have been out of business for years. 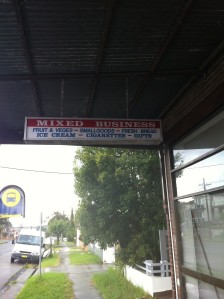 The awning reads ‘Frontier Signs’, but the sign itself has been fractured. 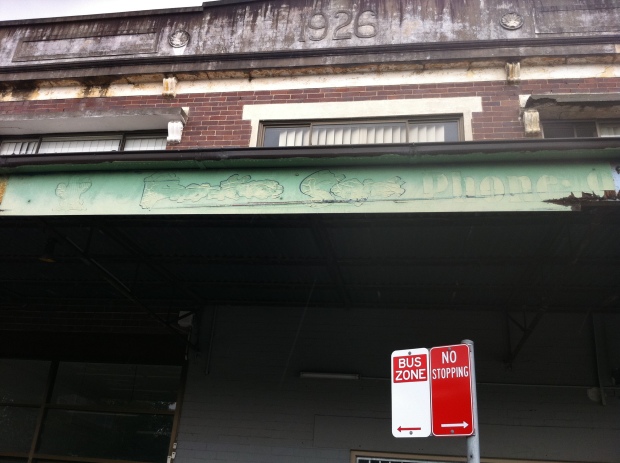 Oddly, there’s a very faint but still visible company name beneath Frontier Signs. It’s hard to read, but it certainly doesn’t say ‘Frontier Signs’. You’d think a sign company letting something like that happen would be like Dulux selling paint in Berger cans.